Other Pitt graduates, like Bryan Brown, entered the realm of entrepreneurship by chance when they were presented with a potentially profitable opportunity.

A few months after he graduated from Pitt in 2014 with a dual degree in finance and marketing, Brown found himself trying to get employed during a technology boom in the United States. He teamed up with a friend and adviser, Joey Rahimi, whom he met through an internship while studying at Pitt, and started planning his company, Responsival.

“Right when I was getting out of college, this new trend was coming on — it was called responsive web design,” Brown said. “It made things really easy, really cheap to do, and we could develop these awesome sites and we could do it affordably.”

Responsival focuses on building responsive websites for electronic devices at an affordable price, primarily to help grow and sustain small businesses throughout the country.

In just a few years, Responsival has developed into a diverse team of 11 designers, developers and strategists, and has satellites set up in Pittsburgh, Philadelphia, Houston and Durham, North Carolina.

“I was never a good designer — never a developer whatsoever — but when this idea came up, really, I became obsessed with it,” Brown said.

Despite rejections and stumbles in the beginning, he says that thick skin and perseverance are vital for any business plan to take off.

“It’s really easy to get frustrated with it and say this is never going to work,” he said. “But you just need to kind of brush that mentality to the side and keep true, and keep thinking about what you’re trying to accomplish.”

Brown credits much of his success to his relationship with his adviser, and his help in starting and still actively developing the business model.

“That was the only reason I was able to find a measurable level of success,” Brown said. “An adviser is a great sound board to bounce ideas off of. We wouldn’t have been able to do anything without someone as knowledgeable and experienced as that.”

Brown still utilizes the individualized focus from his advisor along with the networking skills he learned from business school to help him plan for the future of Responsival.

Brown says that often the company will fly or drive out to customers across the country just to work on building a personal rapport with them and sustain strong connections. 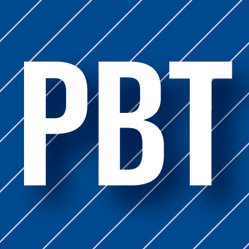 Pittsburgh Business Times showcased Responsival's CEO with 'Young Entrepreneur: Bryan Brown's strategy for growth: 'We listened to what our clients were looking for''.